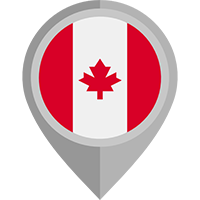 Patricia Conrod, Ph.D. is a Clinical Psychologist and Professor of Psychiatry at Universite de Montreal. Her research team is based at the CHU Sainte-Justine Mother and Child Hospital Centre in Montreal. She was previously a Senior Clinical Lecturer in the Addictions Department, King’s College London (2003-2010). Her research focuses on cognitive, personality and biological risk factors for the development and maintenance of drug abuse and the factors that mediate the co-occurrence of addictive behaviours with other mental disorders.

Her research findings have led to the development of new approaches to substance abuse treatment and prevention that target personality risk factors and the underlying motivational determinants of drug use in subtypes of substance misusers. She developed the Preventure Program, which is identified as an evidence-based drug and alcohol prevention program by a number of national registries of evidence-based programs and the U.S. Surgeon General’s Report on Addiction.  Dr. Conrod was a member of the King’s College London Research Ethics Committee (2005-2010) and served as Chair of the Institute of Psychiatry Research Ethics Committee (2008-2010).

She is an Associate Editor of Current Reviews in Drug Abuse and consults to the UN and the European Commission on guidelines for drug and alcohol prevention and has published extensively on this issue. Her research is funded by the Canadian Institutes of Health Research, Fondation de Recherche du Quebec – Santé, European Commission (Health and Humanities/Social Sciences), Medical Research Council-UK (MRC), National Health and Medical Research Council – Australia (NHMRC), and the U.S. National Institutes of Health.

We use cookies to ensure that we give you the best experience on our website. If you continue to use this site we will assume that you are happy with it.I agreePrivacy Policy